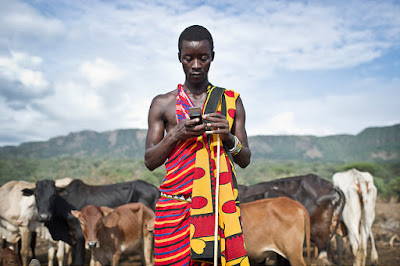 Data management is the new skill set
Data is the new raw material. Left untreated, data is useless. Today, we can process data using big data technologies like Spark and Hadoop. These are the new skills of 2020. Data can be used to create new industries and disrupt existing ones.

Data and Cloud will take many jobs away
Cloud computer has enabled robots to replace manual labor. Robots can learn from stored experiences. Humans must learn by themselves. Robots do not. Experience can be uploaded.

A study by University of Oxford found that 47 percent of all US jobs are at great risk of being done by robots in the next two decades. Within 2 – 3 years, Uber vehicles will be driverless.

Robots can service more people at lower prices and can work all the time. Humans are expensive to hire, fall sick and sometimes cheap. Savings from implementing robots will likely go to MNCs that make them. Government must step in and redistribution income.

You will live longer
Cancer is the result of mutated DNA, which malfunctions, failing to stop the growth of unhealthy cells. A new blood sample test known as a liquid biopsy lets technicians identify even the smallest pieces of cancer DNA in a blood sample. This makes it possible to discover a tumor that’s 1 percent the size of those an MRI can find.

This means more cases can be detected at stage 1 cancer. Ovarian cancers have a 95-percent cure rate when in stage 1. Present technology tends to detect such cancers at stage 3 or 4, when chances of curing the patient are just 5 percent.

Mobile penetration has increased by so much. For example, Kenya’s mobile penetration rate during the first quarter of the 2015-16 financial year has hit 88%, with 37.8million subscribers making use of mobile services. In Indonesia it is estimated that the smart phone penetration rate will reach about 43,2% by 2017, whereas in Sub-Saharan Africa the penetration rate reached 44% in 2015, with 386million unique subscribers and SIM connections. It is estimated that the rate will reach about 49% by 2020. In Latin America, examples of poor or small countries such as Haiti, Venezuela and Honduras, have coverage levels of 75% or less. Cuba has no mobile broadband coverage at all.

Across the developing world, the number of people who are able to access the internet through mobile phones reached 2.5 billion in 2015, which is a significant growth compared to 870 million users in 2010. The mobile internet penetration has reached 40% of the population over developing countries, showing threefold increase for the period of 2010-2015. It is expected that until 2020, an additional number of 1.3 billion people in the developing world will be able to access mobile internet, augmenting the total number of users to 3.8 billion users, accounting for just fewer than 60% of the population.

Because most people have mobile connection, it is now possible to offer medical care over mobile phones in areas where the ratios of doctor to population are less than 1%.

Your financial world will change
Payments will also increasingly be disrupted by technology. Today, most retail payments still route through card associations. There is no way banks and merchants will continue to tolerate scheme fees when other technologies allow direct to wallet payments. In short, the role of schemes and in some cases, even banks, may be diminished. There is a lot of literature on this, so we won’t elaborate on this point.

Top 5 areas that will change in the next decade
The world will change rapidly. Below, I list down 5 areas which I think will transform global population in the next 5 to 10 years.

1. Machine learning
Your phone will start predicting what you want to say. You can relive chatting with your dead relatives or loved ones. Al Bots can record how your loved ones reply and and start emulating them. Machines will be able themselves as humans.

2. Augmented reality
There will be huge implications on learning. Kids can use AR to experience the world. AR is now expensive and inaccessible- battery life, cost of machine and data. In the near future, when sense of smell can be replicated, AR will replace a % of travel.

3. Gene-editing
You will be able to pay and upgrade your genes. Want to have enhanced performance? Want to reduce cancer rates? Pay a few million dollars, wait in queue and have your genes mapped and edited.

4. Wireless power
Pods will beam enough power to devices. There will be minimum downtime. Battery wastes and charging pains will be a thing of the past. Imagine never having to charge your phone.

How to get ready for change?
Your past experiences will be less important compared to your ability to learn rapidly. Nimbleness will become a core survival tactic for the individual and a firm.