Gain insights into Bilibili, the most popular video platform for China's Gen Z, and how its short video app will make a difference.

Bilibili emerged as one of the largest hyperactive video-sharing platforms for young generations in China with its differentiated content quality, community atmosphere, and user loyalty. In December 2018, Bilibili capitalized on the market trend by releasing its short video application known as “Light Video”. This article takes a close look at Bilibili’s evolution, its unique selling point, and whether short clips serve as a good alternative to expand Bilibili’s future.

The evolution of Bilibili

In its early stage, Bilibili focused on Anime, Comics, Games, and Novels (ACGN) as its founder Xu Yi wanted to build a better platform for the Chinese 2-Dimension (2D) enthusiasts. Later, ACGN culture in Bilibili gradually turned mainstream, joined by pan-2D (barely related to 2D) and non-2D lovers. Many early users felt uncomfortable with the diversified culture and reduced their loyalty. However, it is more important for Bilibili to attract more users for scalable growth. This is why the platform chose to evolve into a broad-based video community with a diverse range of interests. It is now a go-to destination for discovering cultural trends and phenomena among China’s younger generations, specifically Generation Z or Gen Z (people born between 1997 and 2015).

Over the past decade, Bilibili has strengthened cooperation with well-known enterprises in the fields of games, music, animation, film, and television to expand its business. At present, the company has 15 content divisions including domestic creation, games, and spoof. Apart from online activities, Bilibili also organized large-scale offline events such as the Bilibili World comic-con, the Bilibili Macro Link concert, and the Esports league of DOTA2 and LOL.

The bullet screen comment feature is a trademark of Bilibili. At any point during the video, users can exchange quick comments which will shoot from the side of the screen in real-time. Although other video-sharing platforms like iQIYI, Youku, and Tencent all have the same function, some netizens commented that these platforms will never be able to compete with the community atmosphere in Bilibili. Why are the outcomes so different given the same function?

Bilibili ranked first in the "Top 20 Apps Gen Z Prefer" with 80% of users under 25 years old. According to the Economic Observer, Gen Z users prefer to be in cultural circles, engage in spiritual consumption, and build personal labels for identification. As a result, the concentration of Gen Z users in Bilibili makes the platform content more personalized and differentiated in style. 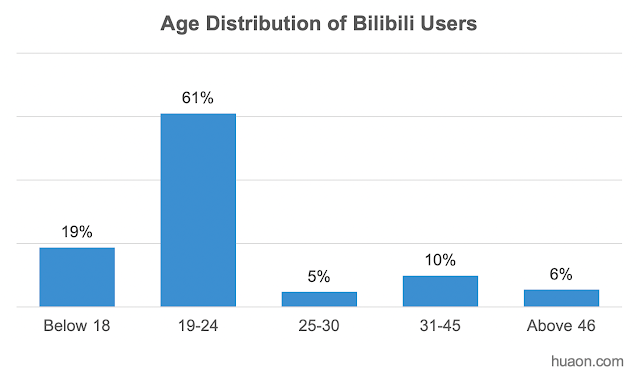 Second, user inputs are regulated by Bilibili to maintain a healthy and vibrant environment. New users have to pass an exam to publish a video or comment on screen. The multiple-choice exam includes questions about proper comment etiquette and ACG culture. In addition, Bilibili adopts strict reward and punishment systems to ensure healthy interactions. Active users have greater rights to speak in the community, while unfriendly behaviour or speech will be “locked” in a black room. 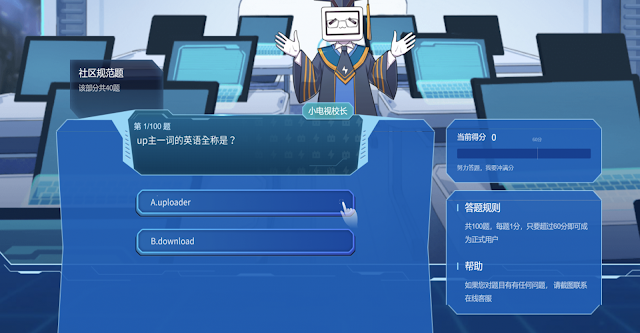 Third, Bilibili taps on various ways to motivate creators (called uploaders in Bilibili) to generate high-quality input. Bilibili’s decentralized flow distribution strategy ensures that new uploaders have equal opportunities to grow and compete with veteran uploaders. For example, criminal law teacher Luo Xiang was able to gain 1.7 million fans within five days of joining Bilibili. Bilibili also subdivides the uploaders and recommends different strategies for them at different growth stages. New creators can adopt the New Star Plan which helps uploaders improve their creativity and video-production techniques, while senior creators can be signed by Bilibili as entertainers for stable cooperation. Bilibili, with its revenue-sharing structure, is one of the highest-paying platforms for content creators in China. It also provides non-monetary rewards like award ceremonies and certifications to ensure the Uploaders’ continuous enthusiasm in producing high-quality content.

Can Bilibili rely on short videos to expand its future?

In the Spring Festival of 2017, the phrase “Laotie 666” (which means awesome homie) went viral through Kuaishou, a short video mobile app. In 2018, Tiktok introduced the “seaweed dance” which became a national sensation. Short videos are taking the internet by storm with their bite-sized and personalized content. As of December 2020, China's short video users have reached 873.35 million, accounting for 88.3% of the total internet users.

Compared to traditional long videos, short videos have an incomparable commercial advantage in advertising monetization. There are three reasons for this. First, viewers are less likely to react negatively to an advertisement in a short video because they perceive it as a compelling way of consuming information. Second, the revenue growth of short video (or in-feed) ads is much faster than traditional product placements. Lastly, through the optimization of AI algorithms, advertisements can reach user profiles with a higher conversion rate. 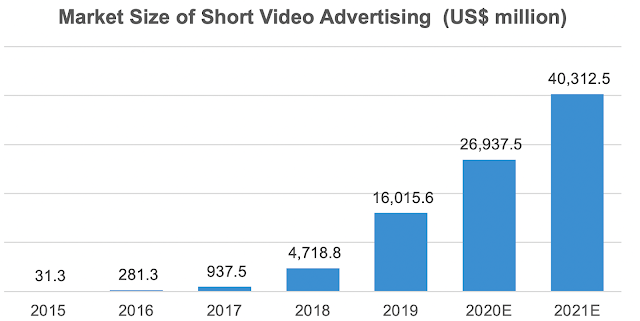 According to its Annual Financial Report 2020, Bilibili's total revenue reached RMB12 billion (US$1.8 billion) in 2020, with its fourth-quarter achieving a 91% increase compared to the previous year. However, the company still suffered an adjusted net loss of RMB2.6 billion (US$0.4 billion). This was due to the increase in sales and marketing expenses and research and development expenses. To remain competitive in the long run, Bilibili needs to create revenue sources beyond its existing software and find breakthrough opportunities for the company.

Apart from the potential revenue growth, short video application serves as a promising alternative due to Bilibili’s natural competitive advantage. Bilibili has access to a wealth of original content and talent to make short videos which is not easy to accumulate. Bilibili’s unique community atmosphere can also be replicated to the short video community to enhance user experience. Most importantly, Bilibili's versatile positioning at the crossroads of gaming, anime, and e-commerce could help it stand out from other short video applications.

On December 21, 2018, Bilibili released its official short video - Light video, positioned as an original high-quality video community. It collects anime, cartoons, games, cosplay, music, dance, and spoof content. Users can swipe up for the next video, and the bullet screen comment feature is retained. 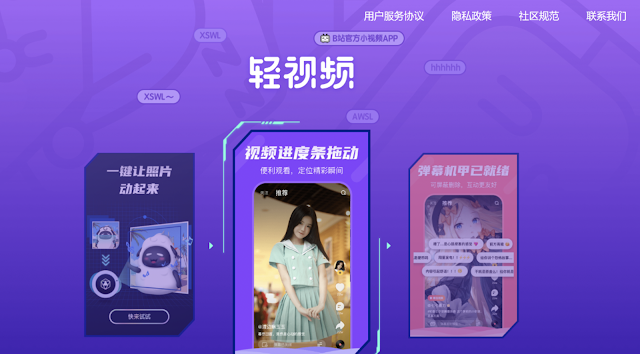 So far, the Light video app has been downloaded 22 million times, and the number is growing steadily. At present, there are many competitors in the short video market. While it is difficult to break the deadlock, Bilibili should remain optimistic. According to iiMedia Research, China is expected to have 400 million ACGN users by 2021. Bilibili and AcFun dominate more than 50% of the ACGN video platforms, and 60% of the surveyed netizens are willing to pay for ACGN videos. Light video, as a short video app of the ACGN, has its own exclusive users – and people who love ACGN can have a short video world of their own.