The definition of social commerce in China extends way beyond shoppable content due to the emergence of complex models over the years.

While scrolling through social media, you might have experienced spending money on something you did not even intend to buy. From Facebook to Snapchat, all the western social media platforms have implemented the "store function" that allows you to purchase what you see in the post without leaving the app. Although TikTok, the popular video-sharing app, has just recently rolled out its live-streaming shopping features, its Chinese version Douyin is actually one of the social commerce pioneers. Compared to its Western counterparts, China is far ahead with a much more advanced social commerce ecosystem. 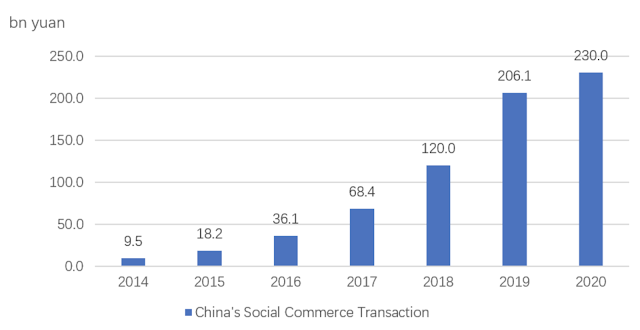 Going beyond shoppable content
In the Western market, social commerce is defined as shoppable content on social media apps. For example, when we click on a product featured in an Instagram post. The Western definition draws a massive contrast to how social commerce functions in China. With many mobile internet users and advanced mobile payment systems, the Chinese players are taking it to the next level.
There are mainly five types of social commerce models in China: group buying, membership distribution, content/live streaming, affiliate marketing, and community group buying.
Group-buying: Individuals collate their orders into a bulk order on the platform for a lower price. Users are also encouraged to rally their networks to sign up for coupons and cashback. Pinduoduo is an example of group buying platforms.
Membership distribution: an S2B2C model in which the platforms provide product supplies, logistics, and after-sales services for individual members and small businesses to distribute.
Content/live-streaming: the most common way to market a product online. From lipsticks to excavators, there is nothing you cannot buy in live-streaming. Douyin and Kuishou, China's top two short video sharing apps, aggressively compete in this sector.
Community group buying: the group buying model taken offline in the community. People who live within proximity join a group to buy groceries in bulk and get next-day delivery.

While the social media firms are racing to monetise through e-commerce, traditional e-commerce giants, like Alibaba's Taobao, are not falling behind. Taobao has been leveraging live-streaming to boost its sales since 2016. There are nearly 1,000 live streaming "rooms" on Taobao with transactions exceeding RMB100 million (US$15.5 million), according to Taobao Live Streaming Annual Report 2021. About 90% of their new brands have been live streaming, and their transactions have increased by 329%. Compared to traditional e-commerce, the live streaming model perfectly combines the "people, products, and scenes" to optimise the user shopping experience. It also allows brands to achieve better marketing results and higher conversion rates.

The rise of Douyin 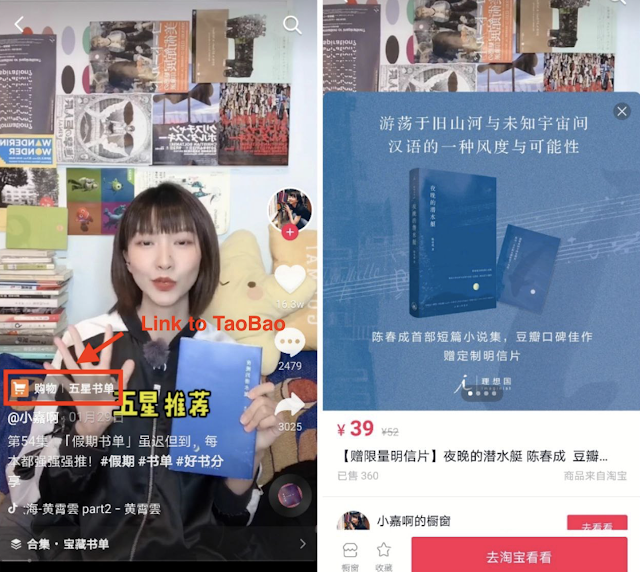 Luo Yonghao, the former Hammer Technology CEO and broke entrepreneur, set a record high on Douyin with 48 million views during his e-commerce live stream debut. Within three hours, he managed to sell goods worth more than RMB110 million (US$15.5 million). As of May 2021, Luo has more than 17.7 million followers on the platform and goes live at 7 PM every Wednesday to Sunday.

A new way of grocery shopping during lockdown

Compared to the live-streaming model where celebrities sell clothing and beauty products, community group-buying is more down-to-earth, focusing on typical households' daily activities. According to iiMedia, China's community group buying market is expected to reach RMB72 billion (US$11.2 billion) in 2020. It is estimated to exceed RMB122 billion (US$19 billion) by 2022. Hundreds of community group buying brands that provide next-day delivery are surging in lower-tier cities, making the lives of the elderly more convenient.

There is no doubt that China's population and integrated online payment systems are critical to its social commerce success. With an increasingly competitive social commerce market, companies should explore how to retain customers with their market advantage.