Here is a rundown of China’s top 10 internet scams for you to spot before it is too late.

Frauds evolve with the times and are almost impossible to avoid. While fewer people are reporting against online fraud, the per capita loss of online fraud has hit a six-year high. From January to May 2021, China cracked over 114,000 internet fraud cases and arrested more than 14,000 criminal groups. According to data released by the Chinese Police Online, the country successfully prevented 7.71 million people from being cheated, saving a total of RMB 99.1 billion (US$15.5 billion).

We have compiled a list of China's top 10 internet frauds for you to identify them and avoid getting hooked.

This scam mainly targets men. The scammer poses as an attractive woman and induces the victim to chat naked on a fraud platform, allowing the scammer to obtain the victim's phone contacts. Afterwards, the scammer will blackmail the victim with his contact list and recordings of the nude chat to extort money.

The scammers usually act in groups. For example, a woman will first prerecord the videos, and then a man will use the recorded materials and send it to the victim. At times, they also download those videos from the internet. In 2009, a spoony bank president spent almost RMB 6.5 million (US$ 1 million) because of a nude chat scam. 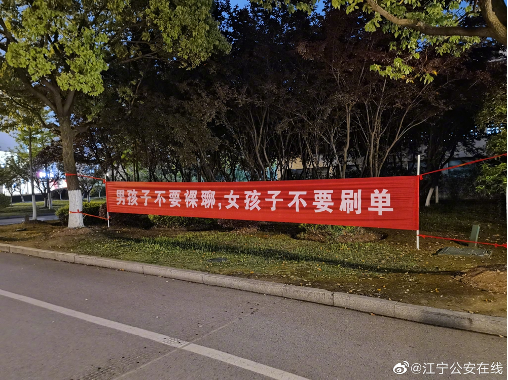 Both males and females can fall prey to romance scams. Generally, such scams can be classified into four categories:

Asking for gifts or money

In this form of online dating scam, men impersonate pretty girls to defraud men. The scammer begins to ask for money for various reasons after the two start dating online.

The Nanjing police recently arrested a criminal gang and released their internal training materials on the internet. The “Bible of Internet Fraud” contains a wealth of information and systematic rules to abide by. "No wonder I'm single. The scammers are much more sociable than me!" Many netizens exclaimed after reading through the "training materials".

This is when scammers weep over their miserable lives and tragic destiny. After gaining sympathy from the victim, they request to borrow money from the victims to cover their medical or family expenses. Of course, there will be no repayment.

Pretending to be rich

The scammer deceives the victims by pretending to be rich and falling in love with the victims online. At the early stage, they appear very generous. However, it is only after some time when they start to borrow money for cash flow problems. This fraud typically targets older single women as they are eager to marry men of similar economic status.

Scammers involved in a pig-butchering scam will first win victims' trust through a romantic relationship before duping them into a gambling or finance scheme. In addition, there are criminal organizations that specifically target foreigners for such scams.

In June 2020, the Neijiang police arrested a fraud gang targeting foreigners, with fraudulent activities amounting to tens of thousands of dollars a day. The organization has a clear division of labour. They have sub-divisions in charge of various functions – from sourcing potential targets online to building the platform. Specifically, one of the divisions is responsible for posing as rich and attractive women to chat with foreigners.

The gang leader Liu confessed: "In our company, we have staff training on how to communicate with customers and how to recommend the high-profit investment platform inadvertently. We also register accounts on foreign social apps like WhatsApp and hunt foreigners." He continued, "to attract foreign men, these ‘rich and good-looking women’ will send videos or photos of ‘themselves’ occasionally." Most swindlers in charge of texting the foreigners know very little about English. They mainly rely on bilingual materials prepared in advance and translation software when necessary. 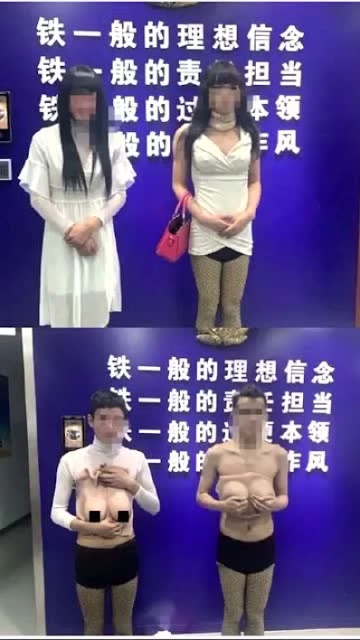 The most common type of online loan scam is "naked loan" for female college students. Selfies taken by young college students are used as a form of collateral in peer-to-peer loaning systems. Female college students typically borrow money online to fund their vanity and excessive spending. Such loans carry high interest rates. Even after the victim pays off the loan, the scammers use their private photos or videos to extort money and even blackmail the victims into providing sexual services. Meanwhile, the scammers also sell off the pictures and videos to pornographic websites for profit.

At the end of 2016, a series of 10G nude photos were leaked, revealing naked loans to the public and prompting a state-led crackdown. 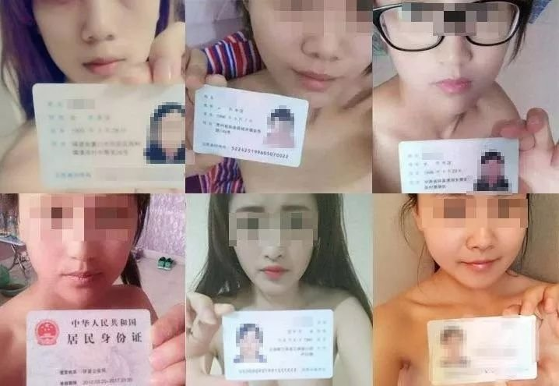 4. Disguising as a public official or an acquaintance

This happens when the scammer impersonates a public official. The scammer tells the victims that they are being investigated for a crime and should transfer the money to a safe account.

Sometimes, the scammer disguises the victim's superior, claiming that they need money immediately due to an emergency.

ETC scammers target car owners that use ETC services. Typically, the scammer sends a message to the victims claiming that the ETC has expired, and they need to click on the link in the message to reactivate it. In an online shopping scam, the scammer poses as an administrator stating that the victim's order has certain issues. The customers will need to click on the link provided to get a refund.

The links provided by the scammers will prompt victims to fill in their bank account details accompanied by an SMS verification process. If the victims comply, their money will instantly be transferred to several accounts.

‘Brushing’ is a deceitful technique used to boost an online seller’s ranking on their e-commerce platforms by creating fake sales transactions. Users will first place an order and submit the payment. Afterwards, the seller will transfer back the users the transaction amount together with additional commission.

At the beginning phase, users will be required to pay an entry fee to access the 'brushing' deals. The entry fee is relatively low. Upon joining the group, users will start with a smaller transaction amount. When trust is accumulated, the users will be allowed to deal with larger transaction amounts and higher commissions. The scam occurs at this stage, where users pay a huge sum of money to the seller in exchange for the additional commission. Upon submitting the payment, the scammers will suddenly vanish without paying back anything.

This happens when the gamers are introduced to a fraudulent platform to trade their game accounts. Upon a successful transaction, the platform will show the gamer a sum of money that they cannot withdraw. The scam occurs when the customer service requires the user to pay an amount to unfreeze the money.

As prostitution and drugs are illegal in China, victims often seek ways to go around this online. The scammer induces the victim to transfer money for various reasons, including deposits and service charges. In such cases, most victims dare not report to the police because they fear exposing their involvement in paying for illegal services. In February 2021, the Nanjing police received a report that a man was cheated of RMB 240,000 (US$ 37,500) by an online prostitution platform. While the criminals were soon under arrest, it is difficult to recover the victim’s loss. 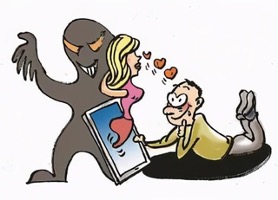 Virtual kidnapping usually targets overseas Chinese students. The scammers pretend to call the victims on behalf of the Chinese authority to inform them of suspected crimes or other threats. Afterwards, the scammers will demand the victims to pay a ransom to avoid being arrested or deported. In some cases, the victims are successfully persuaded by the scammers. They will then cooperate with the scammers by pretending to be kidnapped to bail out themselves.

The scammers pretend to be a retired foreign officer who wants to live in China. They will request help from the victim to transfer their money or ship antiques back to China. When the victims help the scammers make payments for transportation fees, inspection fees, and even custom clearance fees in advance, they will never get their money back. The elderly are particularly vulnerable to this type of scam.